Thornhill’s own Shir Barzilay has been elected to the National Council of the Conservative Party of Canada as one of four Ontario representatives.

Shir has been a lifelong Conservative.   I first met her when she was active in high school civics programs and asked to volunteer for my first Thornhill election campaign in 2008.

Since then, and through her undergrad years at York University, Shir has developed a sterling reputation as an avid political organizer.

She’s been actively involved in political campaigns at all three levels of government in Thornhill and York Region.   I was delighted that she organized and ran the “Get-Out-The-Vote” initiative in my successful campaign for re-election in 2015.

Shir has told me she became involved in politics because she believes in the need for a youthful perspective in politics today.

In her campaign messaging to Ontario delegates to the CPC’s Halifax Convention, Shir emphasized her focus on the values of trust, transparency, and accountability.

Shir reminded delegates that she’s proud of her various roles in the election of school board trustees, MPPs and MPs.    And she said she plans to bring that experience and those skills to the National Council of the Conservative Party of Canada.

Please welcome Shir Barzilay as we work to prepare our Party – in Thornhill and in each and every riding association across Canada -- for victory in 2019. 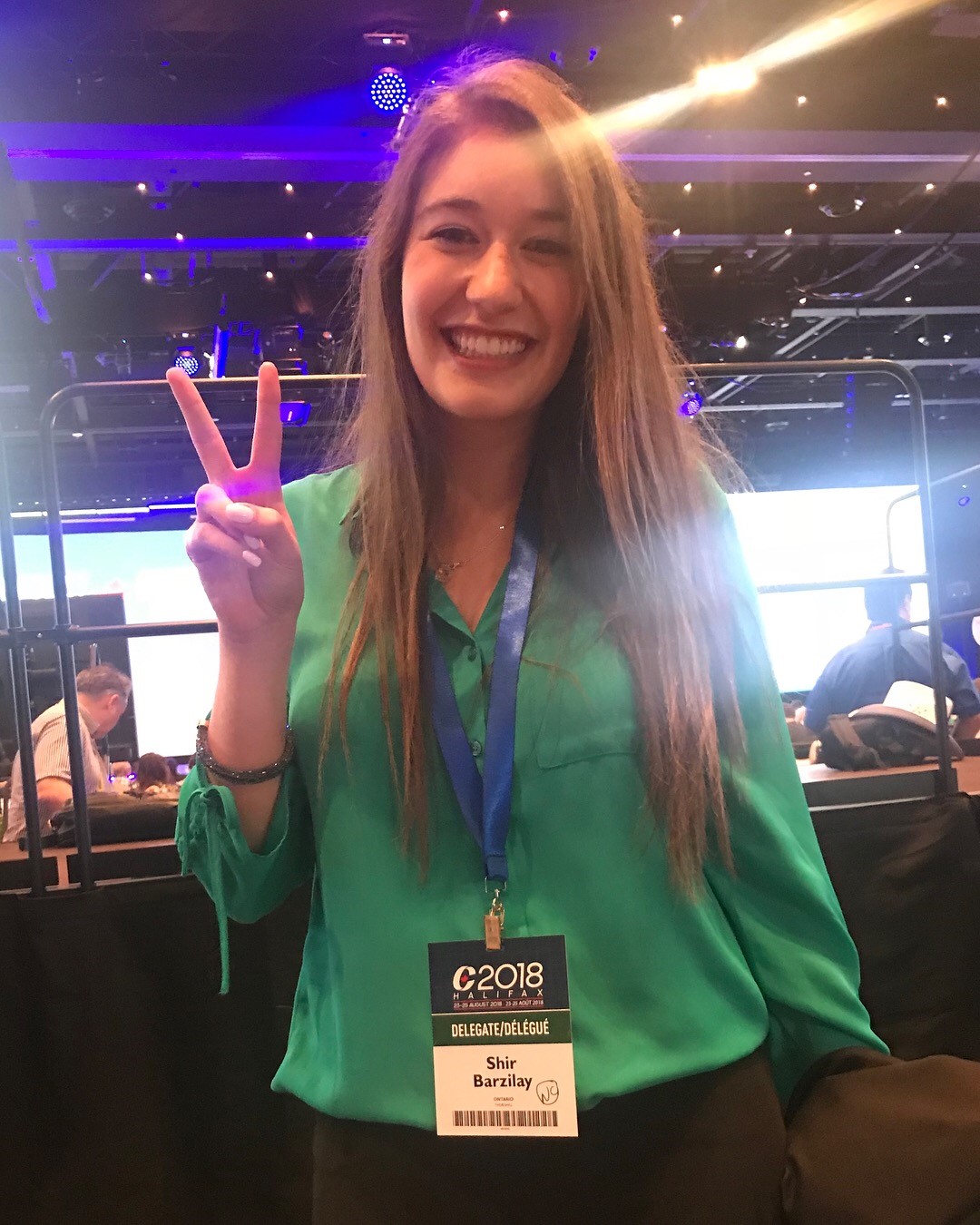